A walk through a two millennia 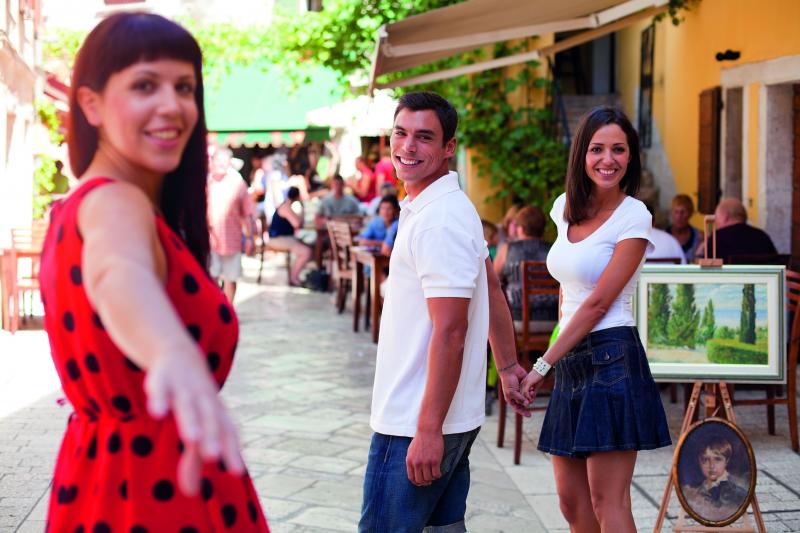 Town centre, surrounded by bulwarks and towers, situated on a peninsula immersed in the sea, has its foundations set in the ancient times.

Euphrasian basilica complex and its mosaics are among the most beautiful and best preserved monuments of early Byzantine art in the Mediterranean. The basilica was built in the 6th century on the site of an early Christian church, in the time of Bishop Euphrasia and the Emperor Justinian I, and since 1997 it is inscribed as a part of the UNESCO World Cultural Heritage. In addition to the archaeological ruins and mosaics that date back to the 3rd century there are valuable religious monuments and artifacts from early Christian, early Byzantine and medieval periods.

History of the town begins more than two thousand years ago, when the Romans founded the municipum on the peninsula, which later acquired the status of colony under the official name of Colonia Iulia Parentium.

The main streets of the old town of Poreč, Decumanus and Cardo Maximus, are even nowadays preserved in their original, correct geometrical arrangement of the Roman town. Within the former bulwarks, next to the oldest Marafor Square, remains of ancient temples are preserved and on the rich treasury of old town monuments are enlisted: the Roman house, House of Two Saints, Istrian Assembly, gothic palaces Zuccato and Manzini and palace in Decumanus 5, baroque palaces Sinčić and Vergotini and neoclassical palace Polesini.