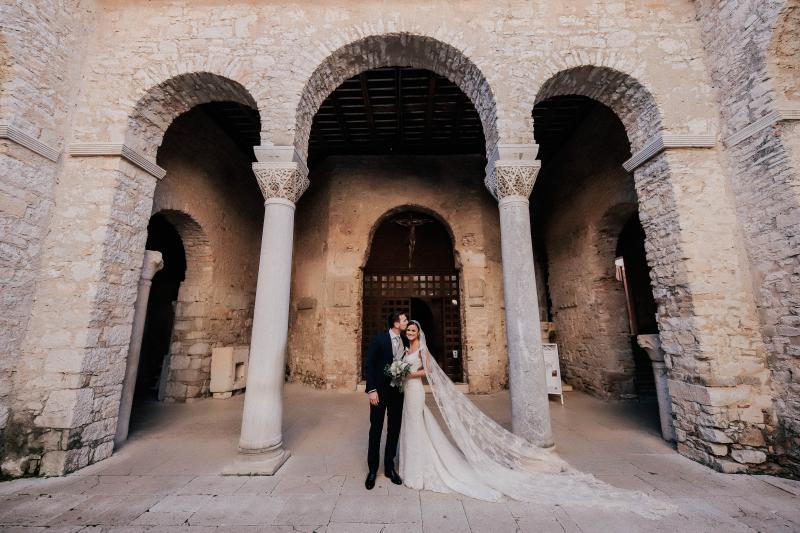 The Euphrasian Basilica is not only an important local cultural and historic landmark in Poreč but is also considered one of the most beautiful and well-preserved monuments of early Byzantine art on the Mediterranean.

It dates from the 6th century when Bishop Euphrasian, for whom the basilica is named, commissioned its construction at the location of an older basilica. The complex of the Euphrasian Basilica includes the Basilica itself but also the baptistery, atrium, bishop’s palace and remains of sacral buildings and mosaics which date from between the 3rd and 5th centuries.

The basilica was built in Byzantium style. The mosaics that decorate the face of the church and its interior, fall into the category of the most beautifully preserved works of art of that kind in the world. In addition to the archaeological ruins and mosaics that date back to the 3rd century there are valuable religious monuments and artifacts from early Christian, early Byzantine, and medieval periods.

The whole complex in December of 1997 has been included in the UNESCO World Heritage site.