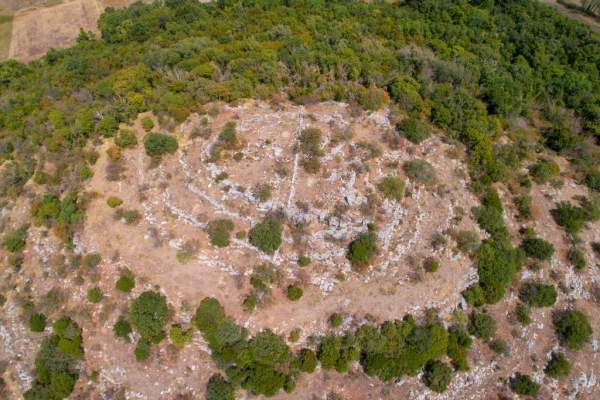 PREHISTORIC HILL-PORT PICUGI is only several kilometres away from Poreč. It can be reached if you are prepared for a short walk and a climb. One can approach it by car or by bike, although the very destination is accessible only on foot.

The hill-port consists of three hills at an altitude from 110 to 119 meters. Settlements were circular and surrounded by three concentric walls. Their importance lies in the Iron Age urn-field necropoli.

In the late 19th century, the explorers dug up 500 graves. The additional 250 were found in the early 20th century. There were also some private excavations – typical paunchy ceramic urns are kept in Trieste, Pula and Poreč museums. The settlement was inhabited until the Roman Age.

Apart from Picugi, the fort on the VELIKI SVETI ANĐEO hill is also known, while MALI SVETI ANĐEO is considered by some to be the only known megalithic circle in Croatia i.e. the oldest shrine dating back to the Mid-Bronze Age (1000-2000 years BC). Allegedly, the stones were arranged in a three quarter circle. Some stones have been knocked down.