Home What to do Excursions 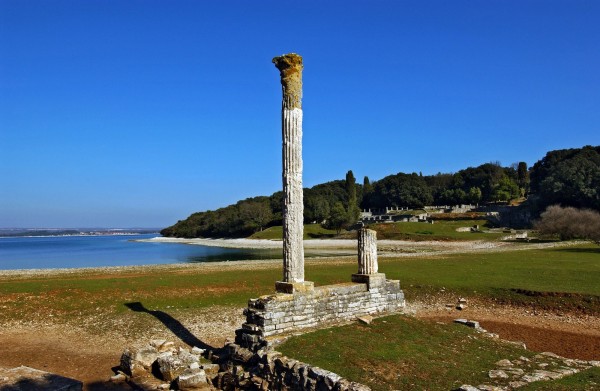 Brijuni consist of 14 islands and islets, among which the biggest is Veliki Brijun. Except its beautiful nature, the archipelago has numerous dinosaur footprints. It was declared the national park as well.

The Brijuni Islands, located in the south of the western Istrian coast, has a total of 14 islands and islets, making it the best indented and largest group of islands on the Istrian area. Together with the surrounding sea and underwater life, Brijuni was declared the national park in 1999 in light of its exceptional value.

Animal kingdom on the islands has been enriched by numerous imported species. Apart from the native species such as the rabbits or various birds, one can seen exotic and less exotic animals which have become accustomed to the climate including deer, llama, zebra or an elephant. Apart from fauna, the flora also plays an important role. Mediterranean climate with lots of sunshine and warmth and sufficient air humidity facilitated dense vegetation of native plants such as holm oak, strawberry tree and myrrh. They are supplemented by various types of pines, sequoia, eucaliptus and fir trees, not characteristic for the Brijuni islands. The most famous among the Brijuni flora is the Old Olive, one of the oldest on the Mediterranean. It still produces olives for making the olive oil even after 1600 years of its life.