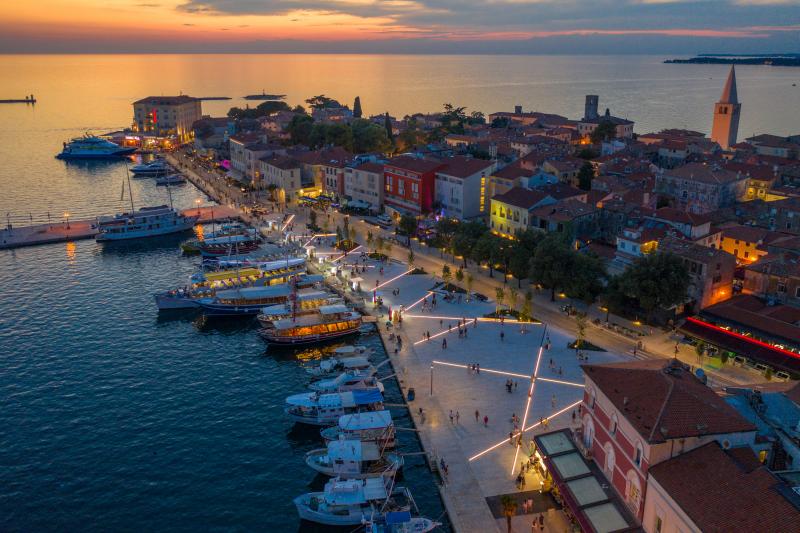 Walking along the Poreč waterfront, you will come across QR codes with information about the city's sites, incorporated into the characteristic lines that adorn this part of the city. The newly renovated waterfront in Poreč, immediately after the opening has become a beloved gathering place for both locals and tourists.

The higher meter lines that stand out with a darker color during the day, while illuminated during the night, play a much bigger role than just decoration and lighting - their task is to tell the story of the history of Poreč and invite all interested to explore Poreč's old town.

Each line at the beginning, ie on the part facing the old town from the sea, has a mark - a the name written in Croatian, English and Italian, the symbol and the century in which it was built. Each of them is directed towards one of Poreč sights for a total of 13:

Next to each of the lines, QR codes read via smartphones provide information about the building itself and how to get to it.

By placing QR codes on the waterfront, the popular Poreč waterfront has gained another dimension, and visitors and locals have the chance to discover and implement their knowledge of Poreč's old town and set out to explore it.