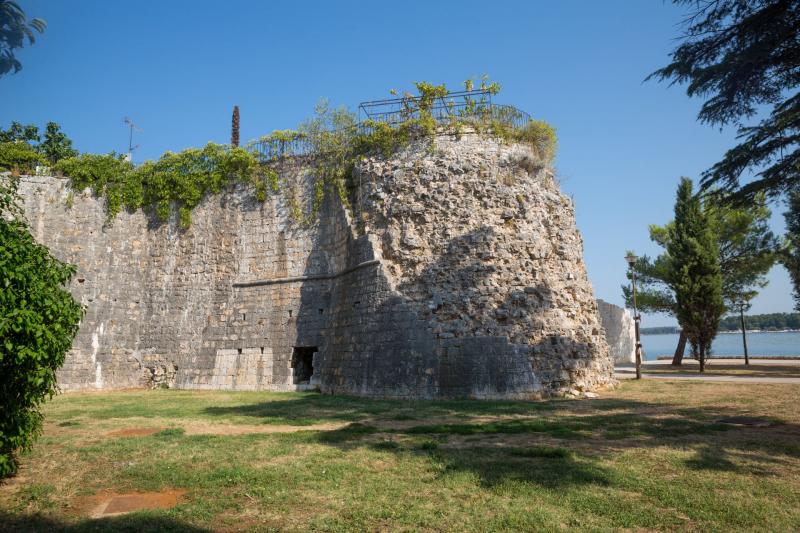 NORTH DEFENSE TOWER OF PEŠKERA, ruined and with its interior covered in soil, is awaiting its research and renovation.

It was built in 1473 under podesta Francesco Bondulmier. Gun ports and loopholes are clearly visible on its outside walls. It connects to one part of the preserved walls from the south, while the arched town entrance which used to house the town gates is visible from the north.

This town entrance was explored and temporarily restored in the early 21st century, while its final reconstruction is planned after the competion of the research and the renovation of the tower.