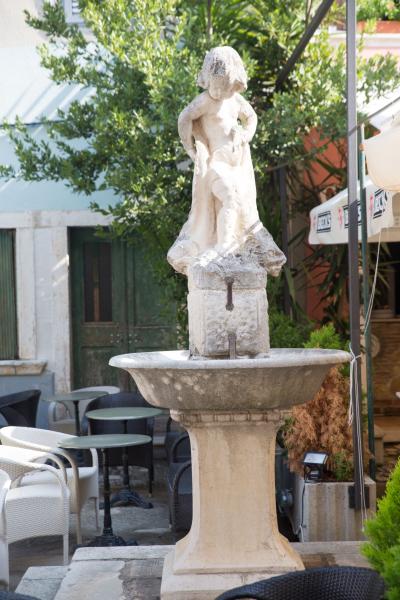 MARAFOR SQUARE was a central square in ancient times, the forum, with important public and administrative buildings and temples. Today it looks rather shabby while awaiting its renovation. Just a few dozen centimeters below the current platform is a well preserved original ancient pavement. Some of the buildings located on the square have regained their public function – primarily the Town Library which interior holds a fragment of the original ancient pavement, also visible inside the Children's Library. Ground floor areas of several buildings have become bars and restaurants, while a portion of the original Marafor pavement and the foundations of its buildings are visible on the north-west side of the Square.

Temples used to occupy the edges of the forum. The column fragments of the smaller, allegedly the Temple of Neptune as well as parts of the three monumental walls and a portion of the gable of the alleged Mars Temple, have been preserved. Its name is probably derived from the word Mars, although other interpretations also exist i.e. forum maximus – the large square. Written documents do not mention deities to which Poreč temples were dedicated, merely a piece of information regarding the erection of the Poreč port and the renovation of the temple in the 1st century under vice-admiral of the Ravenna fleet Titus Abudius Verus.