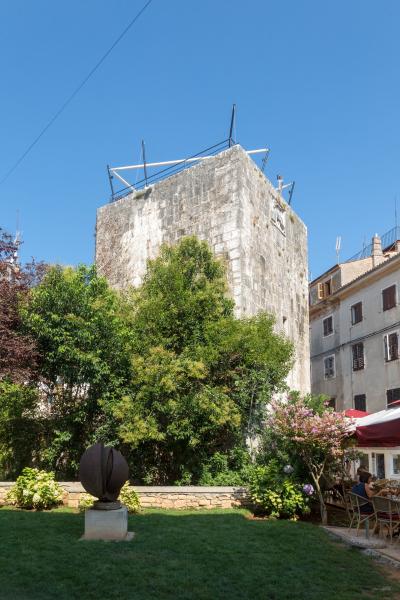 PENTAGONAL TOWER was erected in 1447 under podesta Nicolò Lion on the foundations of an earlier medieval tower built on the remains of an ancient one.

All its three layers are made visible after a decision to show the structure layering which was made following a detailed research in the late 20th century.

Under strict instructions given by conservator-restorers, the restaurant was open in the restored tower, and the sightseeing made available to anyone. On the outside wall near the top of the tower, there is a relief depicting Saint Mark and bearing the names of Ivan and Lazar de Pari, the tower builders.